Second Helpings Atlanta is a nonprofit food rescue organization whose mission is to reduce hunger and food waste in the Metro Atlanta area by rescuing healthy, nutritious, surplus food and distributing it to those in need.  With a community of over 300 volunteers, SHA serves as the link between our network of food donors and partner agencies who feed the hungry on a daily basis.  The food we rescue every day gets diverted from landfills and is used to feed those in need, making Atlanta a more environmentally responsible metropolitan area.

Second Helpings Atlanta offers a variety of programs and ways individuals and organizations can get involved to support our mission. 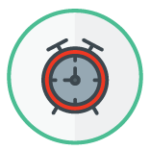 If you’re looking for a high-impact volunteer experience with a relatively low impact on your schedule, donate 90 minutes every month by becoming a SHA volunteer.

Second Helpings Atlanta volunteers use their own vehicles to rescue healthy, surplus food from one of our food donors, transport and deliver it to a nearby partner agency and return home in 90 minutes or less. This provides a high impact volunteer experience that makes a meaningful difference in our community while having a low impact on our volunteers’ busy schedules. 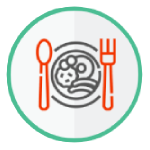 Our Full Plate Project focuses on providing complete and nutritionally dense meals for families. Whether the meals are fully prepared or delivered as kits for families to cook in their homes, high-quality food is thoughtfully assembled and delivered to our neighbors across Atlanta.

Through the Full Plate Project, SHA delivers complete meals for families. Whether the meals are fully prepared or delivered as kits for families to cook in their homes, the high-quality food is thoughtfully assembled and delivered. 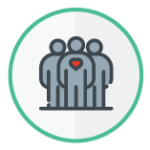 SHA offers companies multiple ways to get their employees engaged to support our mission through skills-based volunteer opportunities and the rescue of surplus food, either from their own facility or a from a nearby food donor and community service projects.

Second Helpings Atlanta partners with companies that have a passion for serving their communities and provides a variety of ways to get their employees engaged in supporting SHA’s food rescue mission. This program allows for a stronger connection between our corporate partners, our organization and the community. 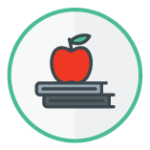 This program helps educate students about the issues of hunger and food waste and provides a menu of ways schools can get involved and  make a meaningful difference in their communities.

Our Meals with Meaning program provides 2000 meal kits to Atlantans-in-need every week through partnerships with HelloFresh, Pratt Industries, Atlanta City Council, and the Mayor’s Office of Immigrant Affairs. Each kit contains recipe cards, ingredients, and a bag of fresh fruit.

Andrea Jaron’s passion for helping others was apparent in childhood when she would hold neighborhood carnivals to raise money for charities.  As an undergraduate, she volunteered for a suicide prevention organization and, during law school, donated her time at a Legal Aid clinic. “I’ve always felt like I wanted to make a difference,” she says.

Today, as Executive Director of Second Helpings Atlanta, Andrea is building on a successful career in service. She is inspired by the opportunity to create change by helping people think in new ways about food waste and its societal and environmental impact.

A native of Detroit, Andrea graduated from the University of Michigan and earned a law degree from Wayne State University. At organizations including Meals on Wheels Atlanta, the Weber School and the Anti-Defamation League, Andrea earned a reputation as one of Atlanta’s most effective and respected non-profit leaders.

Andrea and her husband are the parents of three adult children and a mini-Labradoodle. She is a student and teacher of yoga, and loves exercising, spending time outdoors, reading and watching movies.

“Knowing there are so many hungry and food-insecure people in our community keeps me motivated. There’s a great deal of work to be done and I’m honored to be part of the solution.”

Those who knew Kim Soltero as a youngster would not be surprised to learn that she pursued a career in hunger relief. Kim, an Atlanta native, was a leader in social service activities as a high school student at Pace Academy. She studied sociology in college and, later, earned a culinary degree at Johnson and Wales University.

Her husband Gabe’s military career meant that the family, which grew to include three children, moved frequently. While they were stationed in Guam, Kim created a food-rescue program at the base commissary. Excess food that had previously been discarded was instead redirected to area food pantries.

After leaving Guam in 2016, the Solteros returned to Rhode Island where Kim worked at the Rhode Island Community Food Bank and at a soup kitchen as event and volunteer coordinator. When they moved back to Atlanta in 2019, Kim became event manager at a local restaurant, but she missed the sense of mission she had experienced at nonprofits. “I decided to poke around and see what I could find.”

That quest led to Second Helpings Atlanta, where Kim became Food Network Coordinator in 2020. In her spare time, Kim loves cooking and pursuing craft projects with her youngest son, the only one of three boys still at home.

“As a trained chef, I’ve always hated the idea of food waste. Everybody in my family knows that if there’s a Tupperware with leftovers in the refrigerator, they need to eat that first!”

Katie Maxwell has interned and worked for some of the world’s leading companies, including GE and Delta Air Lines. But only now, as Second Helpings Atlanta’s new Operations and Data Manager, has Katie found what she calls her dream job. “It combines my background in technology and process, with my passion for sustainability.”

As a child, the Roswell native was always attracted to systems and technology. Over the years Katie has come to appreciate technology for its role in making lives easier. In her role at SHA, Katie works to optimize the effectiveness of SHA processes and systems. Ultimately, that means successfully running more routes and rescuing more food.\

She holds undergraduate and graduate degrees from Georgia Tech, including a Master of Sustainable & Environmental Management. Katie’s professional roles include IT leadership positions with GE Power & Water, and Technology Director for PeachDish, a farm-to-table meal kit company. At Second Helpings Atlanta, Katie is responsible for envisioning, designing and implementing  a technical and operational strategy. That includes day-to-day oversight of operations, and management of the technology infrastructure. Katie values the small team environment at SHA and the chance to use technology to help build strong, sustainable communities.

“What keeps me motivated is knowing that our hard work benefits people, the planet and the community by reducing hunger, eliminating food waste and connecting individuals.”

Juliet Eden’s focus on food and community have followed her from curious child to SHA Marketing and Outreach Coordinator. An Atlanta native, Juliet first experienced the world of food and sustainability as a member of her elementary school’s cooking and gardening club. “It was my introduction to sustainable farming and urban agriculture,” she says.

Juliet’s involvement deepened at the University of Georgia where she earned a bachelor’s degree in Ecology, a minor in Geography and a Certificate of Sustainability. During her years in Athens, she volunteered with Campus Kitchen, a student-led food recovery organization.

At Second Helpings Atlanta, Juliet serves as the public face—and voice—of the organization through social and traditional media. She works with corporate and community partners to gain support for SHA’s mission of reducing hunger and food waste.

A passionate Georgia Bulldogs fan, Juliet is an avid practitioner of power yoga. Her household includes a one-year-old visually impaired cat who answers to the name “Tater.”

“I love Atlanta and the many organizations and change-makers who are improving systems and creating new ways to help our neighbors and communities.”

As Food Network and Volunteer Coordinator, HG Gruebmeyer facilitates the smooth transition of food among our network of volunteers, donors and partner agencies. A native of Hendersonville, North Carolina, HG brings valuable experience in restaurants, education and social justice work to his role.

At Emory University, HG earned degrees in fiction and poetry writing. As an advocate of the concept of “radical generosity,” he was drawn to the simple, yet powerful concept that drives SHA—surplus food is rescued from those who have it, and provided to those who need it.

Years in the restaurant business opened HG’s eyes to the problem of food waste and sparked his desire to address it. “What drew me to SHA was the multi-purpose mission. I was impressed that an organization could motivate people from all over the city to take 90 minutes out of their day to help feed their community,” he says.

Having grown up in a family where dinnertime was a much-anticipated event, HG is honored to help more families enjoy such times, free from worry about the source of their next meal.

“I’ve held a number of professional positions, but this is the first time I can leave work each day knowing that my effort made a dent in food insecurity for members of our community.”

Second Helpings Atlanta began as a social action project in 2004 at Temple Sinai Atlanta, organized and operated solely by congregants. The vision was to create a vibrant community of food rescuers – neighbors helping neighbors – that would expand in scope and impact over time. For nine years, a small dedicated group of volunteers operated the organization, recruiting volunteer drivers, food donors and partner agencies, coordinating the routes, filling vacancies and ensuring that operations ran smoothly.

Second Helpings grew steadily and ultimately became too large for the confines of a congregational project. In 2012, we became an independent nonprofit and Second Helpings was incorporated as Second Helpings Atlanta, Inc. (SHA), and received our 501(c)(3) status in March 2011. SHA hired their first Executive Director during the summer of 2015, and transitioned from being volunteer driven to a professionally led organization.

The resulting momentum has been historic. Since 2004, Second Helpings Atlanta has rescued over 16 million pounds of food; along the way incorporating several new programs into our operations and consistently rescuing over 300,000 pounds of food every month.

In 2021, SHA diverted over 3.6 million pounds of surplus food from landfills, enough to provide over 3 million nutritious meals to those in need. In addition, we provided 400,000 prepared meals to our partner agencies through our Full Plate Project. 168,000 of those meals were meal kits packed through the Meals with Meaning program, our newest partnership with HelloFresh.

SHA recognizes that a key to their success is offering a rich, rewarding volunteer experience that has a big impact in the community without having a big impact on people’s busy schedules. Our 90 Minute Model is the cornerstone of our operations, designed to allow our volunteers to leave their home or place of work, rescue food from a food donor, deliver it to a partner agency and return home or work in 90 minutes or less.

SHA continues to use the power of small actions to transform people’s lives.